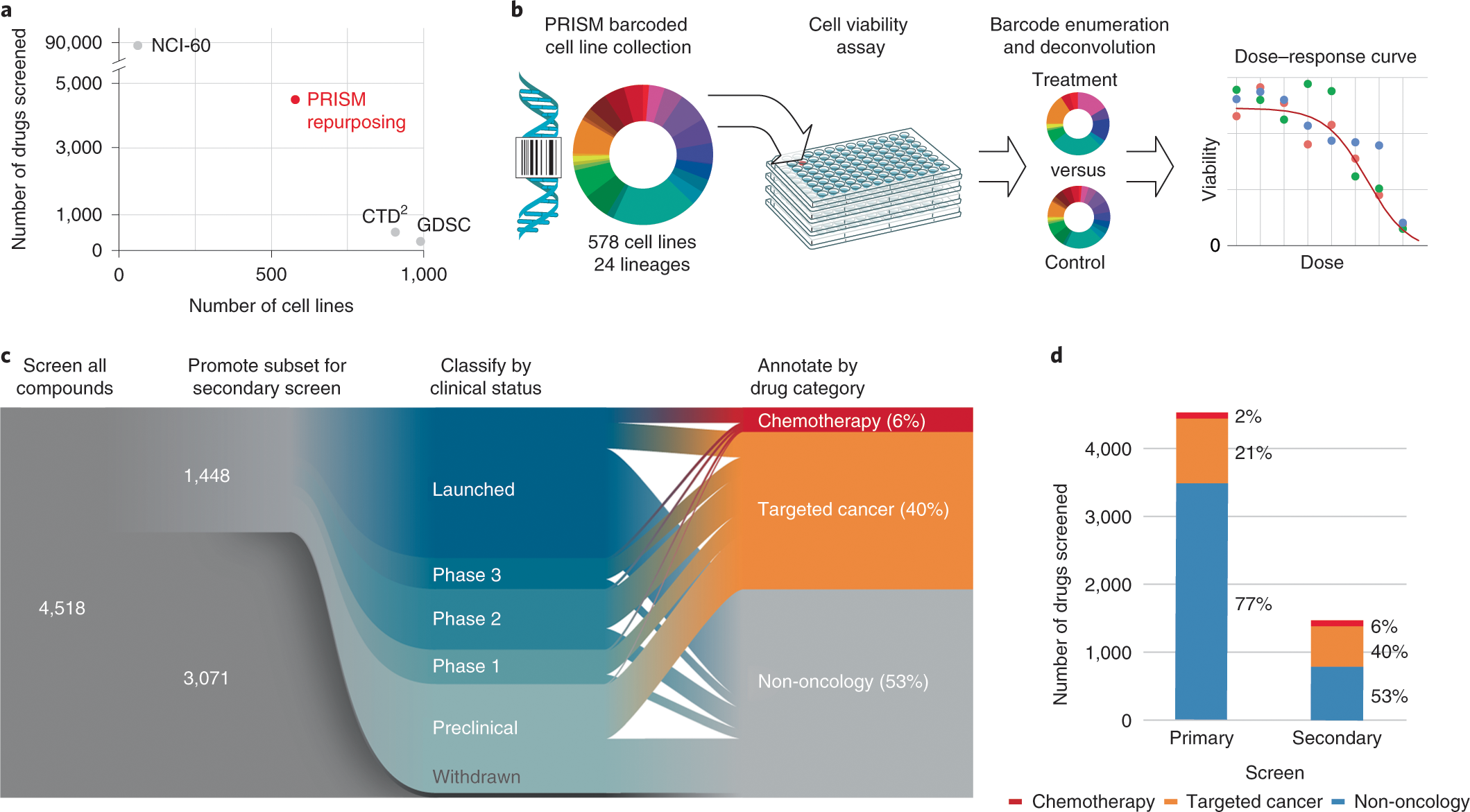 New work from a group of researchers at the Broad Institute of MIT and Harvard unveils the cancer-fighting potential of non-cancer drugs. The article describes how the PRISM profiling method was used to to create viability profiles for over \(4000\) drugs across \(578\) human cancer cell lines. Many non-oncology drugs, including one previously approved for arthritis treatment in canines, displayed unexpected cancer-killing activity.