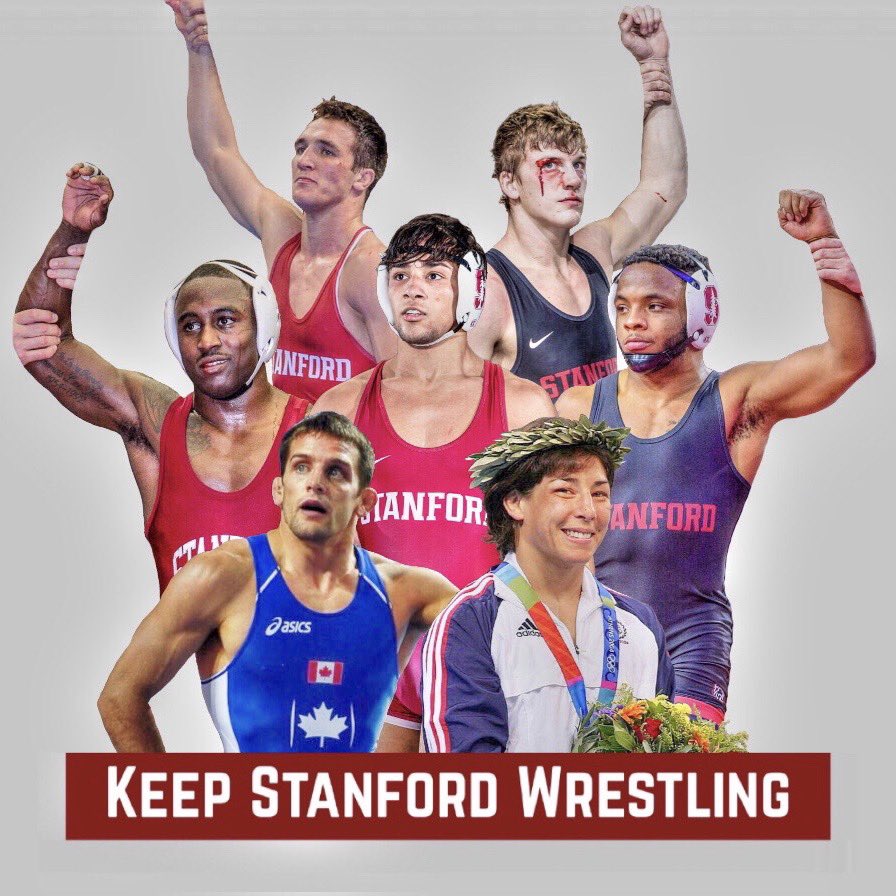 Stanford University recently announced its intention to eliminate its varsity wrestling program after 104 years of history. The coaching staff and current athletes are committed to finding a better resolution of the university’s concerns regarding its varsity sports programs, and are actively engaged in an effort to keep the wrestling team going strong.

My testimonial to the sport of wrestling and to the Stanford wrestling program appears on the Keep Stanford Wrestling website, and is also reproduced below:

My career with Stanford wrestling was improbable. It was untouched by victory. It was and remains one of the greatest prides of my life.

I made the decision to pursue my undergraduate education at Stanford on the last day possible. Through luck, circumstance, and some work of my own, I had the privileged position of choosing between two universities with tremendous resources and immense intellectual potential. What made me choose Stanford?

I was attracted to Stanford’s irreverent spirit; I wrote as much in my application essay. I was attracted to Stanford’s commitment to a practical approach to education, to the way it rooted academic pursuits in real-world problem solving. But there was also a part of me that wasn’t ready to let go of the athletic experience I had as a high school wrestler. There was a part of me that knew that I could not continue to have that experience anywhere else but Stanford.

My decision to come to Stanford was therefore not entirely determined by, but certainly secured by my desire to join the wrestling team. To be frank, however, I didn’t know whether I could do so when I started my freshman year. I was not a good wrestler by any measure. I was weak, slow, and — relative to Stanford-caliber athletes — I was still new to the sport, having only participated in it for the last four years of my life.

Luckily for me, the fact that I was new to the sport meant that I was naive enough to march into the wrestling coaches office in the basement of the Arrillaga Family Sports Center during orientation week. Without a clue of what it really meant to be a Stanford athlete, I asked the coaching staff about walking-on to the team.

Here is what was included in the reaction that I received:

Coach Borrelli outlined the practice schedule. He detailed the expectations of walk-ons and teammates in general, which included additional mat-cleaning responsibilities for freshman. He went through the heightened hours of conditioning that would take place in the initial weeks preceding the season and told me about competition opportunities for unattached wrestlers at various tournaments in and around California. Finally, he informed me that there would be a 3-mile test on the track the following Tuesday, for which a time of nineteen minutes and thirty seconds was required to join the team.

Here is what was absent from the reaction I received:

Smirking. Any hint of patronizing. Any tone of speech or body language that would have indicated that I was unwelcome or unworthy. Anything except pure information that communicated the ethic needed to become a Stanford wrestler.

If I could put the work in, I was on the team. It was that simple on the day when I left the coaches office, and it was that simple every day that followed. From the first workout on the track, through every time I faltered in practice or lost a match, and until the last day I laced up on the mat, I was unambiguously an equal member of the Stanford wrestling team.

I will forever be grateful to the group of men, my teammates, who showed me that undeserved respect. Importantly, though, I am also forever grateful to the sport of wrestling as a whole, which breeds that respect. Wrestling is inherently egalitarian; it is a great leveler. It is not a sport that goes quietly into the night without something essential being lost.

Outwardly, I have always been or at least seemed like someone for whom academics are the most important thing. Privately, however, I know that wrestling is the best thing I have ever done. Wrestling kept me sharp. It kept me humble. It was an arena in which I had no natural aptitude, but in which I had the opportunity to fail without shame. Wrestling distinguished me from peers at Stanford who could ace any test, but who could never go hungry for a day. It connected me to other of my peers whose lives before Stanford looked nothing like my own.

Losing Stanford Wrestling means losing kids that grew up outside the metropolitan, college-oriented system of primary and secondary education that produced me, kids who—because of their background—disproportionately benefit from, take advantage of, and understand the real value of a Stanford education. I can speak to the veracity of this loss through countless interactions and conversations with my teammates, which served as a constant reminder to me that nothing should be taken for granted. Since I cannot, however, speak directly from their perspective, I will emphatically speak from my own:

Losing Stanford Wrestling also means losing kids just like me. Rhodes Scholarship finalists. PhD students. Cancer researchers. It means that the next version of me who comes into Stanford with the mindset of a wrestler will watch that mindset slowly atrophy. They will miss out on the opportunities I had because wrestling made me a better student, a better researcher, and a better man.

For these reasons and more, I look forward to a swift return of the irreverent spirit that brought me to Stanford in the first place. I look forward to a reinstatement of the problem-solving, engineering mindset that recognizes the difference between a local optimum and a global one. Most of all, I look forward to working alongside my teammates again to bring about this reaffirmation of Stanford’s core values.

Please visit keepstanfordwrestling.com for more details on how to help with the effort to ensure the future success of this program.